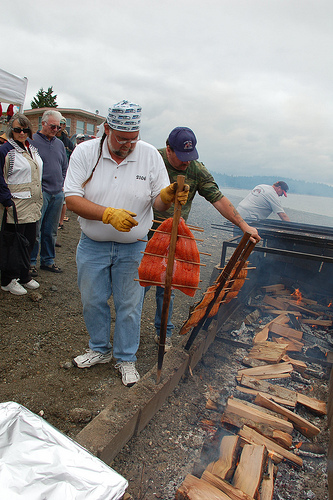 The First Salmon – As  told by Cecil Cheeka

But before they cooked the salmon, they took the skeleton, very carefully and very ceremoniously, back down to the beach. They placed the skeleton upstream to show the direction for the rest of the salmon people who were bringing the boy back for a visit. The message was clear that the family of the boy was taking very good care of the salmon that were coming back.

Every year they still come back to visit and it is very important for us to make sure that they are welcome, taken care of and everything is waiting for them, including clean beaches and streams.